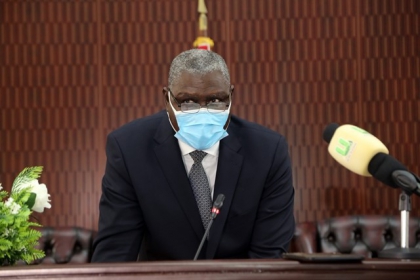 The Chief Justice, His Lordship Justice Anin Yeboah, has charged Executives of the Senior Staff Association of Judicial Service of Ghana (SSAJUG) to live and breathe their values of Respect, Probity and Accountability and not just mouth them as slogans.

“The slogan of your Association is Respect, Probity and Accountability. I sincerely hope you made the choice after careful consideration and appreciate its import. These weighty values must not be mouthed as mere slogans. I expect that you will live and breathe them and make them a cornerstone of your administration”, he said.

Chief Justice Anin Yeboah was speaking at the inauguration of the Senior Staff Association of Judicial Service of Ghana (SSAJUG), an Association formed to promote the welfare issues of Senior Staff of the Service.

He described the formation of the Association as a welcome development and hoped that it would function in the spirit of collaboration with other labour unions and Management of the Judicial Service. He further advised its Executives to seek the views and opinions of their members when making decisions.

The National President of the SSAJUG, Ms. Marilyn E. M. Adjorlolo, in her inaugural address said it was not out of order to have an Association exclusively for senior staff as this was a practice in most institutions. 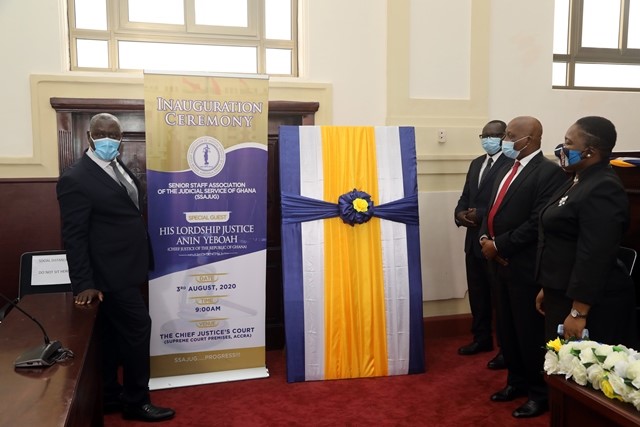 “It is indeed the practice in most institutions to have separate Associations for Senior and Junior Staff. This is mainly due to the fact that both classes of employees have peculiar entitlement and in some cases clearly defined negotiation processes”, she said.

She used the occasion to admonish members of the critical role they play in ensuring quality administration and delivery of justice thus make integrity a guiding principle in their daily work.  Ms. Adjorlolo expressed gratitude to the leadership of SSAJUG for her appointment as the first female President of a staff Association in the Judicial Service and hoped they would continue to support her.

“I am humbled by the confidence reposed in me by the Promoters, the National Executives and the Regional Representatives. It is my hope that we will continue to dwell in unity as we always have to achieve the aims and objectives of SSAJUG. She further called on all female staff of the Service to join and serve. 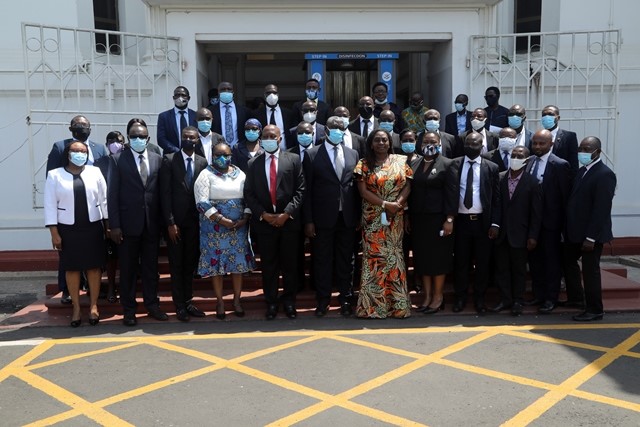