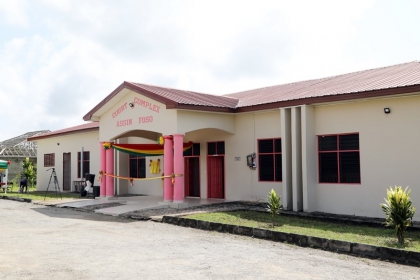 The Chief Justice, His Lordship Justice Anin Yeboah, has inaugurated a High Court in Assin Fosu, in the Central Region.

The High Court, which shares the same building with the existing District Court, has offices for the Judge, Registrar, Cashier and a Docket Section.  It also has an ADR Office, a spacious office for the General Registry and for the Recorder, as well as separate male and female cells and washrooms for the public and staff.

Delivering his address, Justice Anin Yeboah said that the law is a necessary feature of evolving societies, hence the need to ensure its availability and accessibility to all citizens of a country. 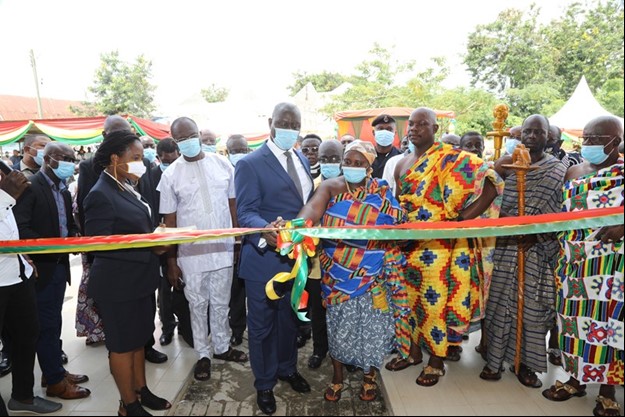 “Our very survival as societies depend on the system of justice that is available to us. Availability of justice in this context means that it must be free from corruption, accessible to all citizens regardless of rank or social standing and also within the reach of those who need it”, he said.

The Chief Justice was happy that efforts made by the Judicial Service at making justice available at the doorsteps of Ghana’s citizens were paying off.

“Today, we celebrate another way in which we expand the frontiers of justice in our country. This Court – a modern High Court right here in Assin Fosu opens a most welcome avenue for the people of this great historical town to have justice whenever they need it.  Through this Court, we can allow more and more people to see justice being dispensed at close range and thus build confidence and inspire trust”, he said.

For his part, the Member of Parliament for Assin Central, Mr. Kennedy Agyapong, expressed joy about his area having a High Court and thanked the Chief Justice for  that. According to him, the Court would “prevent the chiefs and people of Assin Fosu from travelling all the way to Cape Coast to access justice”. He also thanked Justice Anin Yeboah for promising to provide legal aid for the Court and for providing the necessary equipment to facilitate the work of the staff.

Mr. Agyapong promised to provide a suitable office space for the legal aid personnel and beef up security on the court premises. 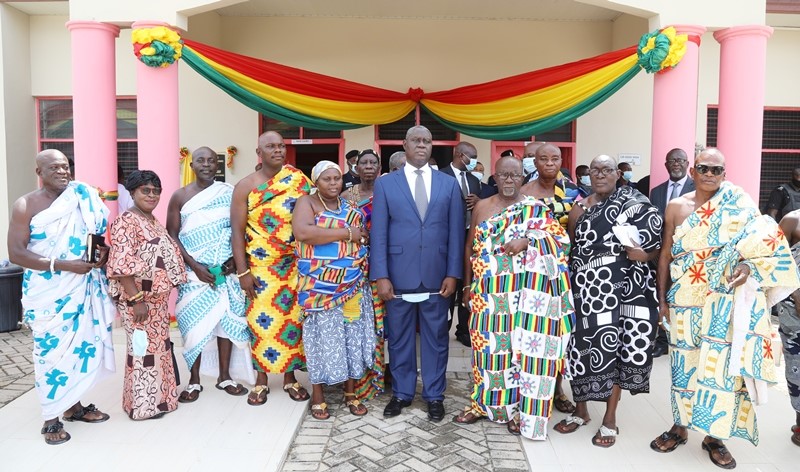 The two-part ceremony also saw the inauguration and inspection of a bungalow built for the sitting High Court Judge by the Municipal Assembly.

Both ceremonies were witnessed by their Lordships Samuel Marful-Sau and Paul Baffoe Bonnie, both Justices of the Supreme Court, as well as His Lordship Justice John Bosco Nabarese, the Sitting High Court Judge, chiefs, opinion leaders, the clergy and the people of Assin Fosu.