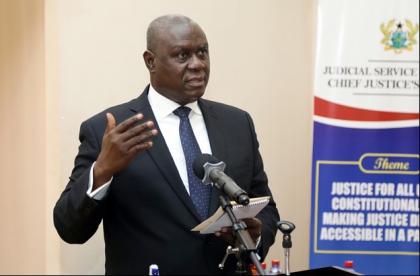 The Chief Justice, His Lordship Justice Anin Yeboah, has reiterated the Judiciary’s firm resolve to adapt and make the necessary changes to address the unique challenges brought by the novel Coronavirus, in order to make justice delivery accessible to Ghana’s citizens.

“The Judiciary as an independent body has the authority to interpret, apply, and enforce the laws of Ghana. This authority does not come with breaks. We do not get to throw up our hands and give up when faced with unimaginable situations. Hence, while we may be faced with a very difficult situation like this COVID-19 pandemic, our responsibility to interpret, apply and enforce the laws of this nation still subsist and it implies a dual duty to oversee the implementation of various mechanisms that would result in easy, effective and efficient access to justice”, he said.

Justice Anin Yeboah was speaking at the 12th Chief Justice’s Forum on the theme “Justice for all under Constitutional Rule; Making Justice Delivery Accessible in a Pandemic” held at the Eusbett Hotel in Sunyani in the Bono Region. 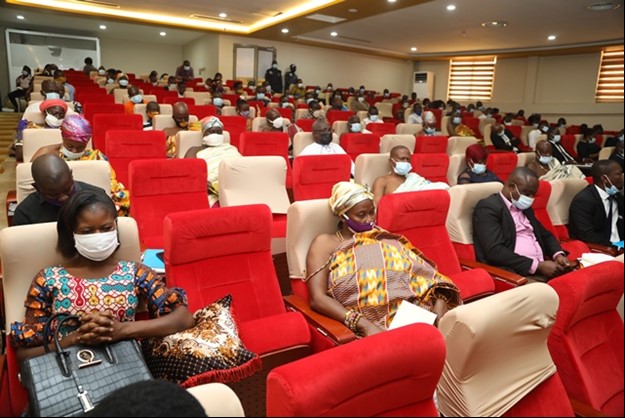 According to Justice Anin Yeboah, some of the steps taken included “a directive which gave mandate to the Bench to grant long adjournments of cases and to limit appearance in court to only necessary parties. Also, only certain courts were designated to deal with critical cases which arose, including breaches arising from the restriction orders and other serious criminal matters. Further, the Supreme Court and Court of Appeal were only available to handle urgent cases as were determined by the Chief Justice. During the period, support staff and other staff who fell within certain categories were requested to take their annual leave. Owning to the continuous increase in the number of reported infections, it became necessary to issue further directives”.

According to the Chief Justice, “though the previous directives were echoed, Judges and Magistrates were directed to enforce strict case management techniques in the court room alongside social distancing. Among these were allowing only parties whose cases were scheduled for hearing into the court rooms to avoid large gatherings, amongst others”, he said.

The Chairperson for the National Commission for Civic Education (NCCE), Ms. Josephine Nkrumah, said that access to justice was possible when citizens knew their rights and responsibilities. “Access to justice cannot be achieved where as a people we are not alive to our rights and responsibilities. It undermines the rule of law and indeed it erodes the benefits of democracy, as the rule of law is cardinal to our democracy.

She called on the Judiciary to identify and address perceptional issues hindering the delivery of justice at the grassroots and national level. “Perceptions do really matter. Whiles they may not necessarily be real, they do affect access to justice. There are cases where people could not pursue their rights because of the hindrances within the administration of justice itself”, she said.

Chairman for the Forum, Okokyeredom Sakyi Ako II, Drobohene and Vice President, Bono Regional House of Chiefs, in his remarks described 2020 as an “eventful year in which the COVID-19 pandemic had forcefully altered our lives in unimaginable ways and stretched us all beyond the limits of our endurance, with the administration of justice not been spared the ill-effect of the pandemic”. He was full of praise for the Judiciary’s timely interventions to mitigate the impact of the pandemic especially instituting virtual courts to reduce physical court room interaction. 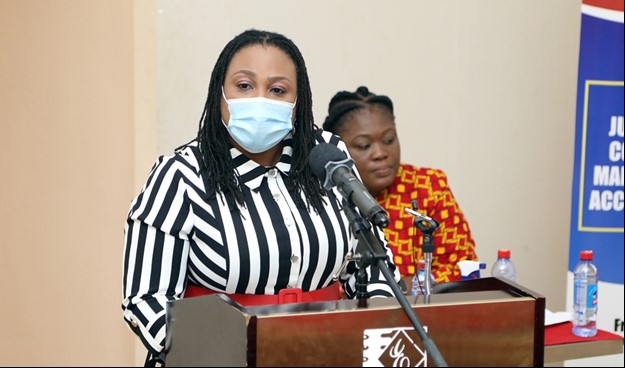 For his part, the President of the Ghana Bar Association (GBA), Mr. Anthony Forson Jnr. described the current season as “terrible with the coronavirus pandemic posing arduous challenges for all who work in the judicial system”. He was however glad about the chosen theme for the Forum, saying, it “demonstrates clearly our resolve to ensure that all persons get access to justice under the Constitution. Mr. Forson commended the Judiciary for working closely with the Bar in ensuring the justice system worked and used the opportunity to appeal for the Judicial Service to be equipped with the necessary resources to replicate the e-justice system and virtual courts across the country so that the speedy and effective justice will be enjoyed by all persons. He further pledged the support and cooperation of the Ghana Bar Association to ensure the judicial process survived the times. 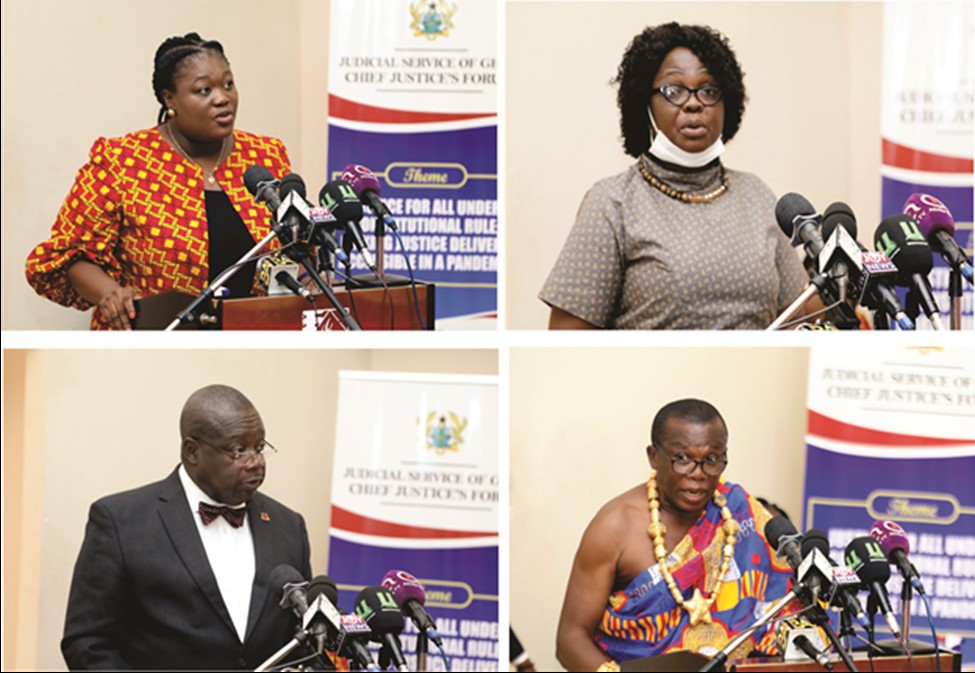 The Bono Regional Minister, Madam Evelyn Ama Kumi-Richardson, who was represented by Madam Justina Owusu, Municipal Chief Executive for Sunyani East, in her welcome remarks appealed to the Chief Justice to find new ways the Service could provide information to the wider citizenry and not just persons in the legal fraternity, on reforms and the progressiveness of justice administration in the country, especially in this COVID-19 crisis. She was hopeful that the Forum would provide the needed strategies and interventions to ensure justice delivery is accessible to all.

The Chief Justice’s Forum is an annual forum which brings stakeholders of the justice delivery system together to deliberate each other with a view to making justice delivery in Ghana effective. The forum also provides an opportunity for the Service to receive feedback from the public in order to strategize to improve its service delivery.