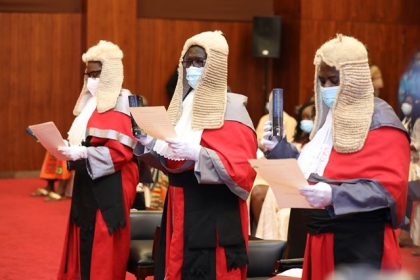 President Nana Addo Dankwa Akufo Addo, has sworn-in six new Justices of the Court of Appeal at the Jubilee House in Accra.

The President administered the Oath of Allegiance, Judicial Oath and Oath of Secrecy to the Six (6) Judges at two separate ceremonies due to Covid-19 protocols. He described the Judges as “eminently fit, having the impartiality of mind and independence of spirit” to hold the high office.

President Akufo Addo in his address reminded Judges that Ghana’s growth and development to a large extent depends on the Judiciary. 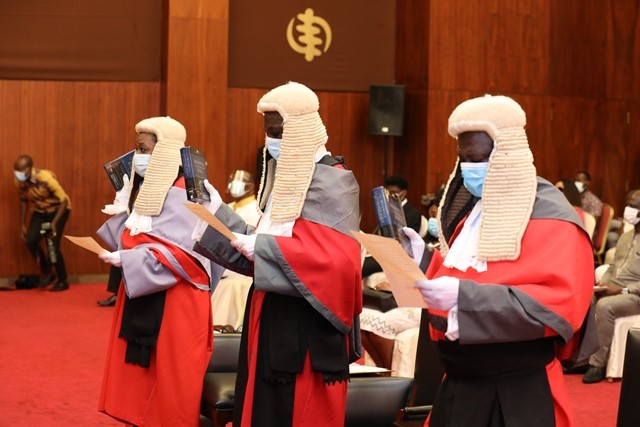 “So to our new Justices of the Court of Appeal, it is important to bear in mind that the growth of our nation demands that we have a Judiciary that commands the respect of the people by the quality of its delivery of justice as well as by the comportment of its Judges. It is vitally important that we have Judges who are honest, possess integrity and a sound knowledge of the law”, he said.

He said it was unacceptable for Judges to proffer judgments on the basis of decisions from lower courts and cite them as law and even less so when Judges cite non-existent authority in their rulings and give orders without reasons.

The President further encouraged Judges to take advantage and harness the use of technology to advance the rule of law, making use of the e-justice system to expedite judgments.

His Lordship Justice George Koomson, on behalf of his colleagues expressed appreciation to the President and assured him of their commitment to protect the citizens’ rights and liberties. 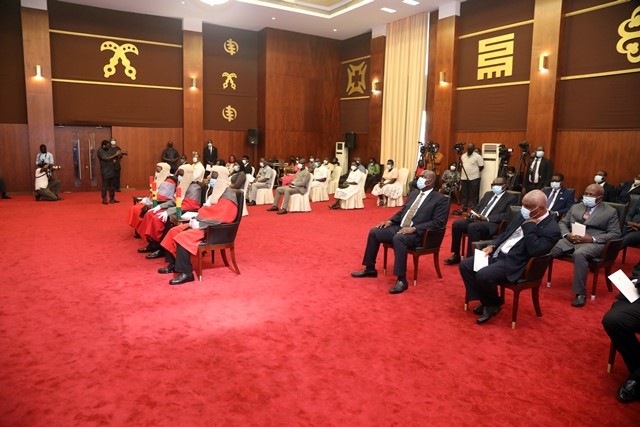 Among those who witnessed the ceremonies were the Chief Justice; His Lordship Justice Anin Yeboah, the Attorney General and Minster for Justice; Ms. Gloria Akuffo, some Justices of the Superior Courts, Senior Government appointees, the President of the Ghana Bar Association, Mr. Tony Forson and family members of the newly appointed Judges.

With this appointment, the number of Court of Appeal Judges stands at 34.